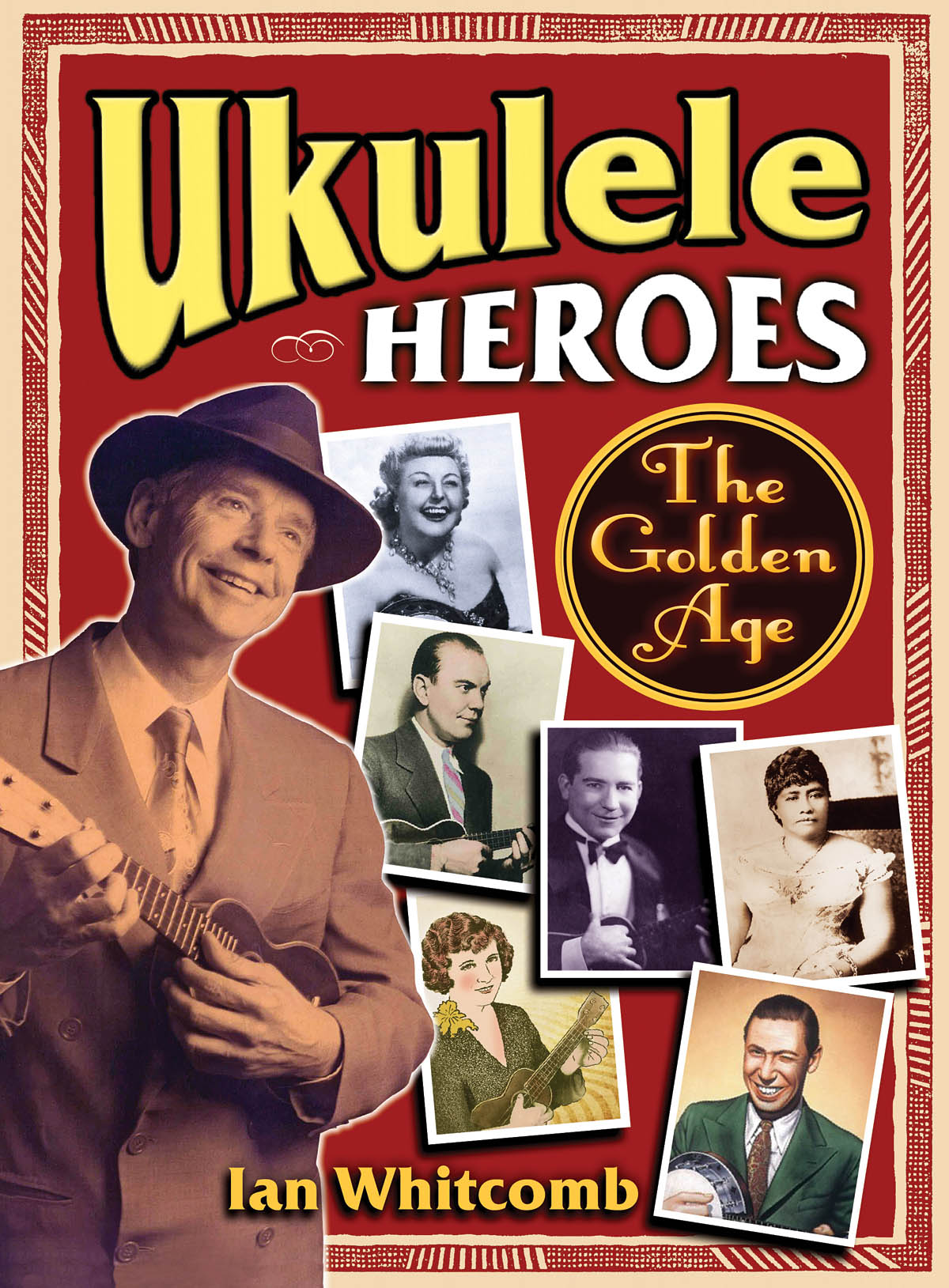 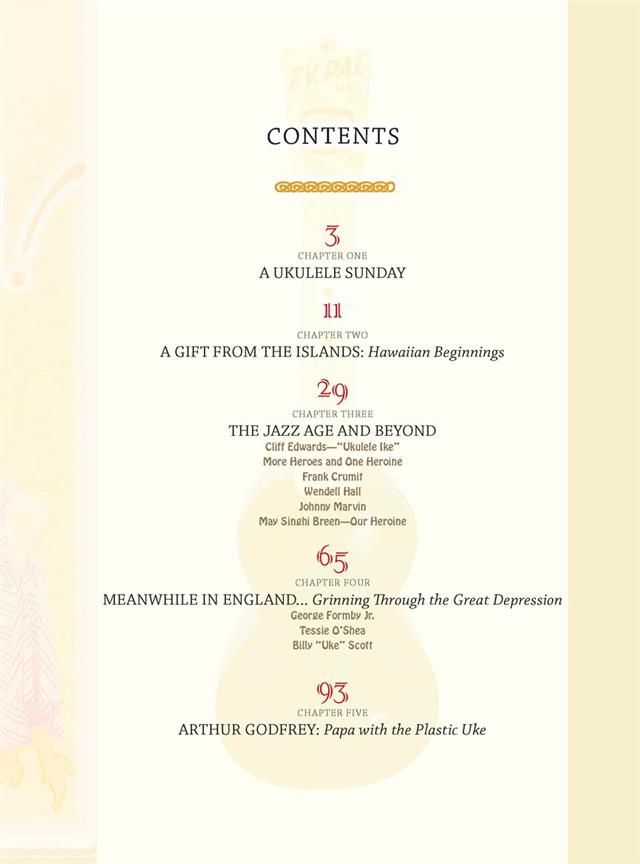 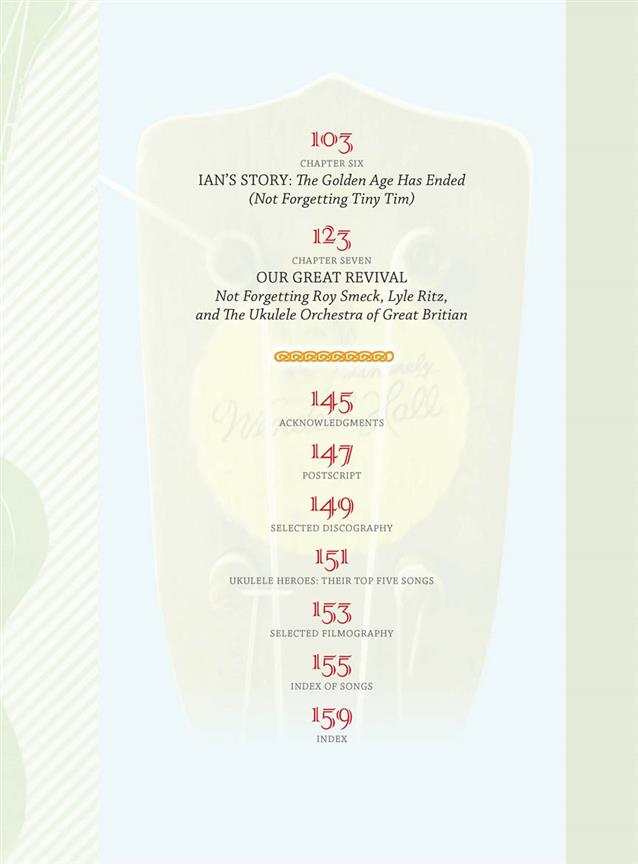 The greatest players of the past.

Although the ukulele has always been popular – even when cast to the grass-skirt ghetto of luaus and limbo contests – the current craze for this instrument has put the four-string cousin of the guitar into the hands of veteran musicians and young hipsters alike. And while there are a handful of books feeding the current uke explosion, this is the first to detail the stage, screen, and recording stars who pioneered the uke – those who predated and made possible its current resurgence.

The book begins with how the uke came to the mainland United States from Hawai'i, and the Hawai'ian song craze of 1916-17, fueled by Tim Pan Alley. Profiled stars include Ukulele Ike, Johnny Marvin, Wendell Hall, “Wizard of the Strings” Roy Smeck, George Formby, Arthur Godfrey, Tessie O'Shea, who was a guest along with the Beatles on The Ed Sullivan Show, and Tiny Tim. Author Ian Whitcomb also describes how, when a British teen idol coming off a Top Ten hit, he took out his secondhand Martin uke and recorded his version of a 1916 novelty called “Where Did Robinson Crusoe Go with Friday on Saturday Night?” scoring another hit that led him to appearances on Shindig!, Dick Clark's Where the Action Is, and The Pat Boone Show. 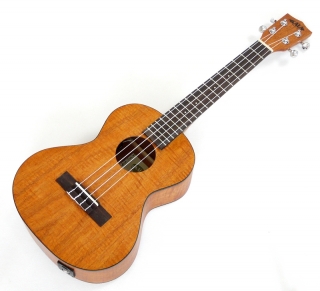 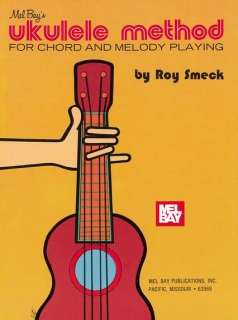